Regarding "computing power", this article is worth reading

In the past two years, computing power can be said to be a popular concept in the ICT industry. It always appears in news reports and speeches by big names.

Next, Xiaozaojun will give you a detailed popular science.

what is computing power

The literal meaning of computing power, as everyone knows, is Computing Power.

We humans, in fact, have this ability. In the course of our lives, calculations are going on at every moment. Our brain is a powerful computing engine. Most of the time, we perform toolless calculations through oral and mental arithmetic. However, such computing power is a bit low. Therefore, when encountering complex situations, we will use computing power tools to perform in-depth calculations. In ancient times, our primitive tools were straw ropes and stones. Later, with the progress of civilization, we have more practical computing power tools such as abacus (a small stick used for calculation) and abacus, and the level of computing power has been continuously improved. 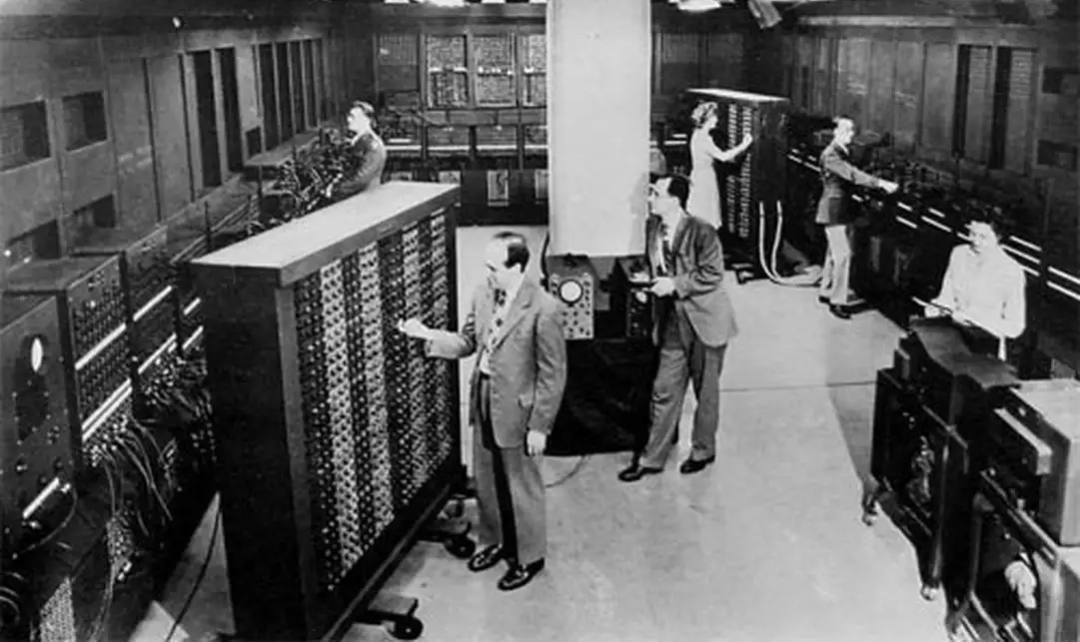 Later, with the emergence and development of semiconductor technology, we entered the chip era. Chips have become the main carrier of computing power. 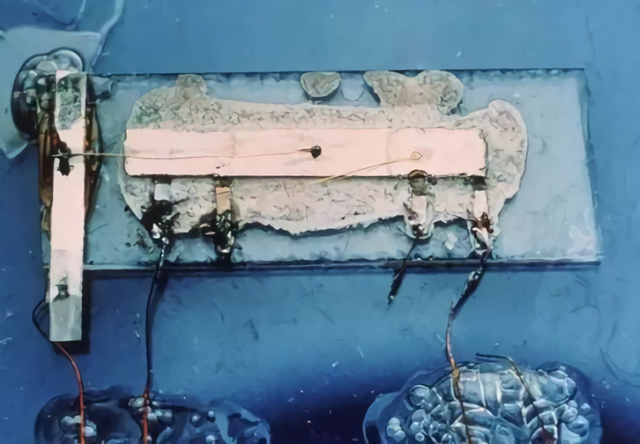 By the 1970s and 1980s, chip technology had come a long way under Moore's Law. The performance of the chip continues to improve, and the volume continues to decrease. Finally, computers were miniaturized and the PC (personal computer) was born. 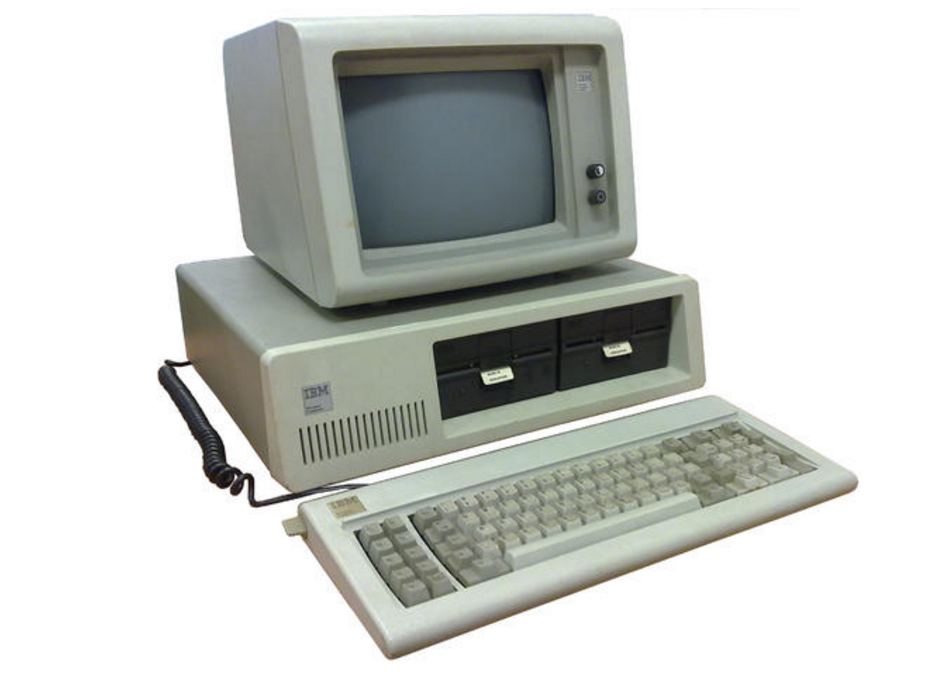 The birth of the PC has far-reaching significance. It marks that IT computing power no longer serves only a few large enterprises (mainframes), but heads to ordinary families and small and medium-sized enterprises. It has successfully opened the door to the information age of the whole people and promoted the popularization of informationization in the whole society. With the help of PC, people can fully feel the improvement of life quality and production efficiency brought by IT computing power. The advent of the PC also laid the foundation for the subsequent vigorous development of the Internet. After entering the 21st century, computing power has ushered in great changes again. The sign of this great change is the emergence of cloud computing technology. 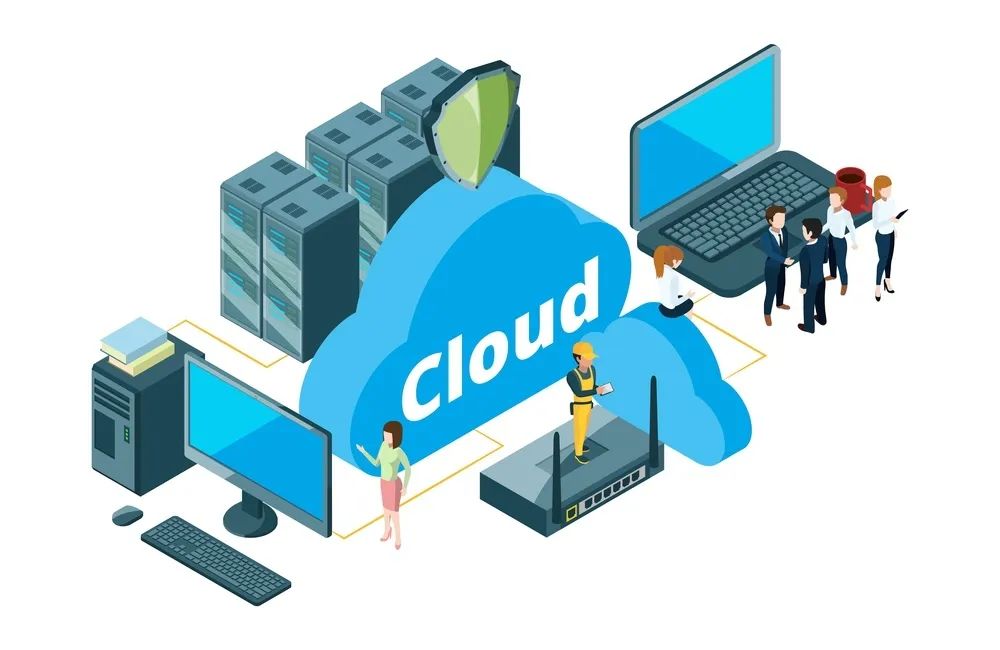 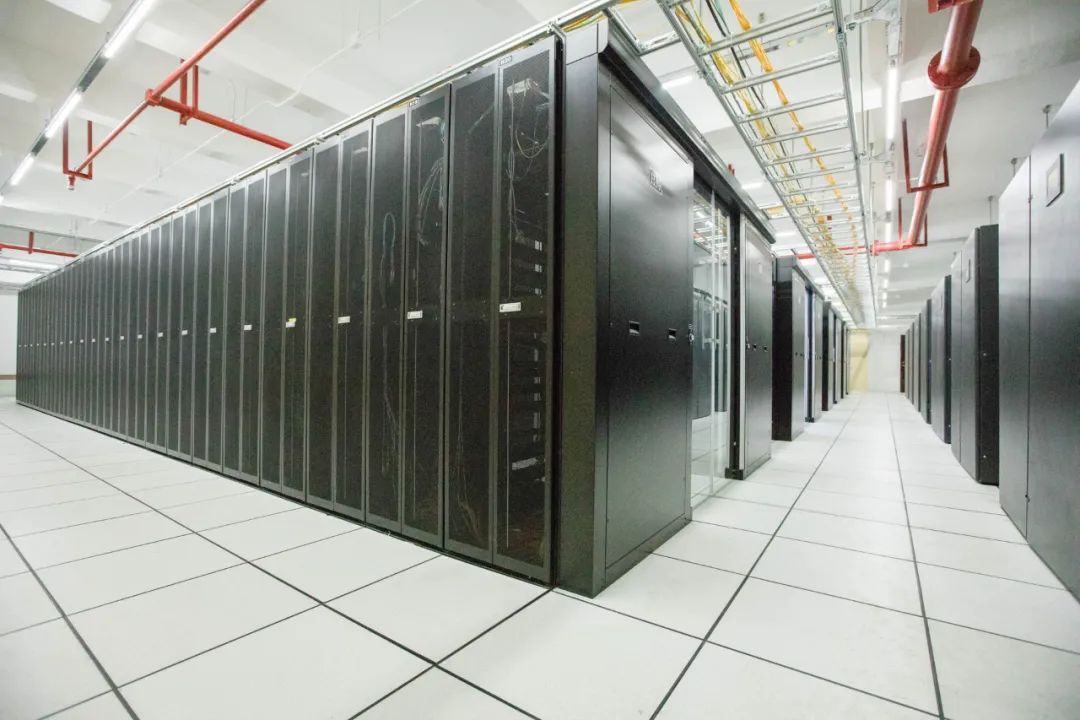 The emergence of cloud computing and data centers is due to the continuous deepening of informatization and digitization, which has triggered a strong demand for computing power in the entire society.

The dedicated chips, mainly refers to FPGA and ASIC.

FPGA is a programmable integrated circuit. It can be programmed in hardware to change the logic structure of the chip inside, but the software is deeply customized to perform specialized tasks.

ASIC is an application-specific integrated circuit. As the name suggests, it is a custom-made chip for professional use, and most of its software algorithms are solidified in silicon.

ASIC can complete specific computing functions, and its role is relatively simple, but the energy consumption is very low. FPGA, between general-purpose chips and ASICs. 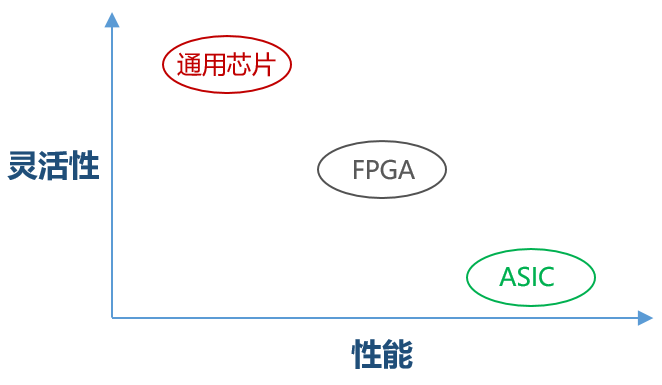 In the past, people used PCs (x86 general-purpose chips) to mine. Later, the more difficult it was to mine, the less computing power. So, start using the graphics card (GPU) to mine. Later, the energy consumption of the graphics card was too high, and the value of the mined coins could not cover the electricity bill, so FPGA and ASIC cluster arrays were used for mining.

In the data center, the computing power tasks are also divided into basic general computing and HPC high-performance computing.

Scientific computing: physical chemistry, meteorological environmental protection, life sciences, oil exploration, astronomical exploration, etc. Engineering calculation categories: computer-aided engineering, computer-aided manufacturing, electronic design automation, electromagnetic simulation, etc. Intelligent computing: artificial intelligence (AI, Artificial Intelligence) computing, including: machine learning, deep learning, data analysis, etc. Everyone should have heard of scientific computing and engineering computing. These professional scientific research fields generate a large amount of data and require extremely high computing power. Take oil and gas exploration as an example. Oil and gas exploration, in simple terms, is to perform CT on the surface. After a project, the raw data often exceeds 100TB, and may even exceed 1 PB. Such a huge amount of data requires massive computing power to support. Intelligent computing, we need to focus on this. AI artificial intelligence is the development direction that the whole society is focusing on. Regardless of the field, the application and implementation of artificial intelligence are being studied.

The three core elements of artificial intelligence are computing power, algorithms and data. 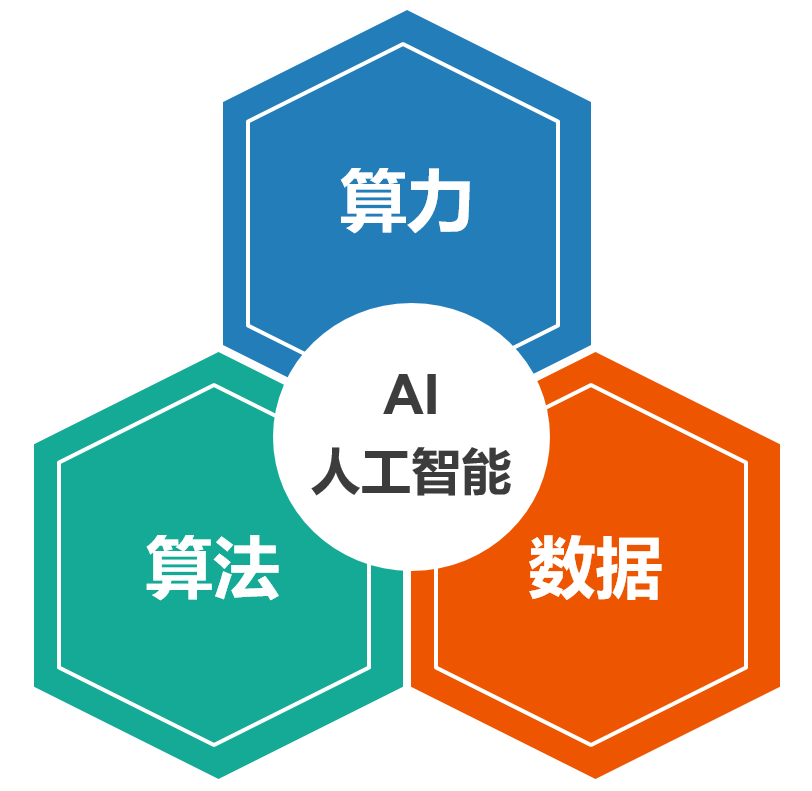 We all know that AI artificial intelligence is a large computing power, especially "eat" computing power. In artificial intelligence computing, there are many multiplications and additions of matrices or vectors, which are highly specialized, so they are not suitable for computing with CPU. In real-world applications, people mainly use GPUs and the aforementioned dedicated chips for computing. In particular, the GPU is the main force of the current AI computing power. Although the GPU is a graphics processor, its number of GPU cores (logical operation units) far exceeds that of the CPU. It is suitable for sending the same instruction stream to many cores in parallel and executing with different input data to complete graphics processing or big data processing. Lots of simple operations. Therefore, GPUs are more suitable for processing computationally intensive, highly parallel computing tasks (such as AI computing). In recent years, due to the strong demand for artificial intelligence computing, the country has also built many intelligent computing centers, that is, data centers dedicated to intelligent computing. 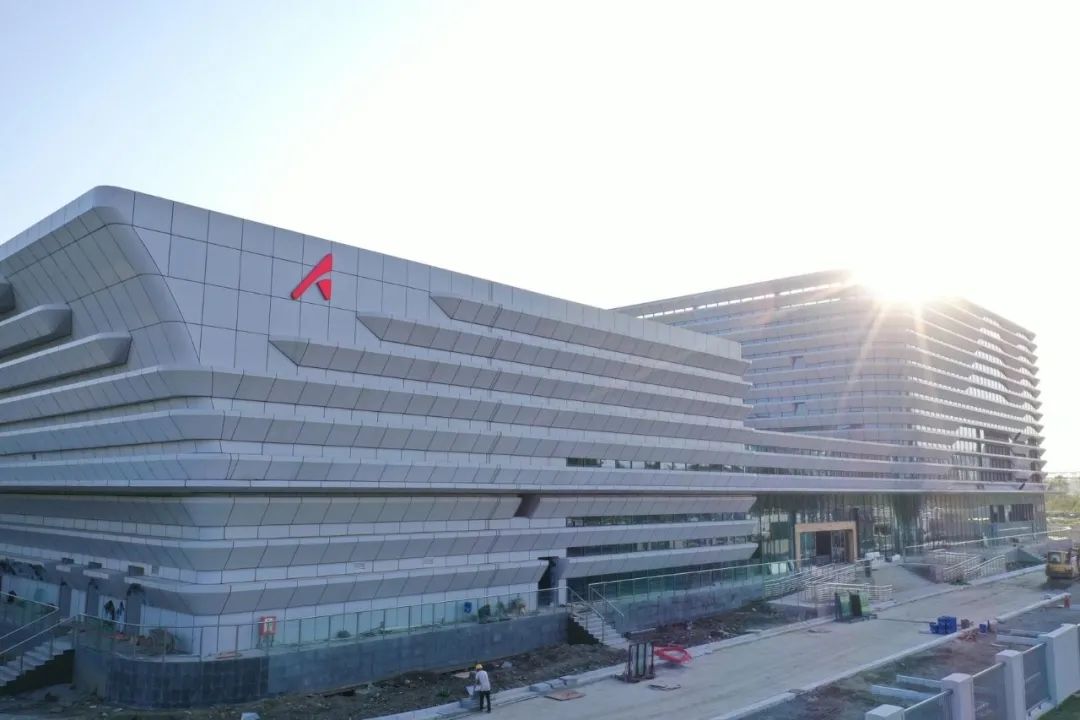 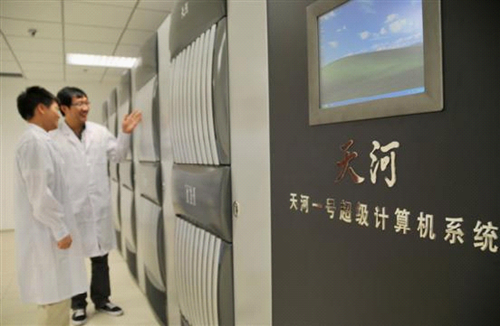 (The picture comes from the Internet)

The tasks are complex, including basic general-purpose computing and high-performance computing, as well as a large number of heterogeneous computing (computing methods that use different types of instruction sets at the same time). Because of the increasing demand for high-performance computing, the proportion of dedicated computing chips is gradually increasing. The TPU, NPU, and DPU, which have gradually become popular in the past few years, are actually dedicated chips. 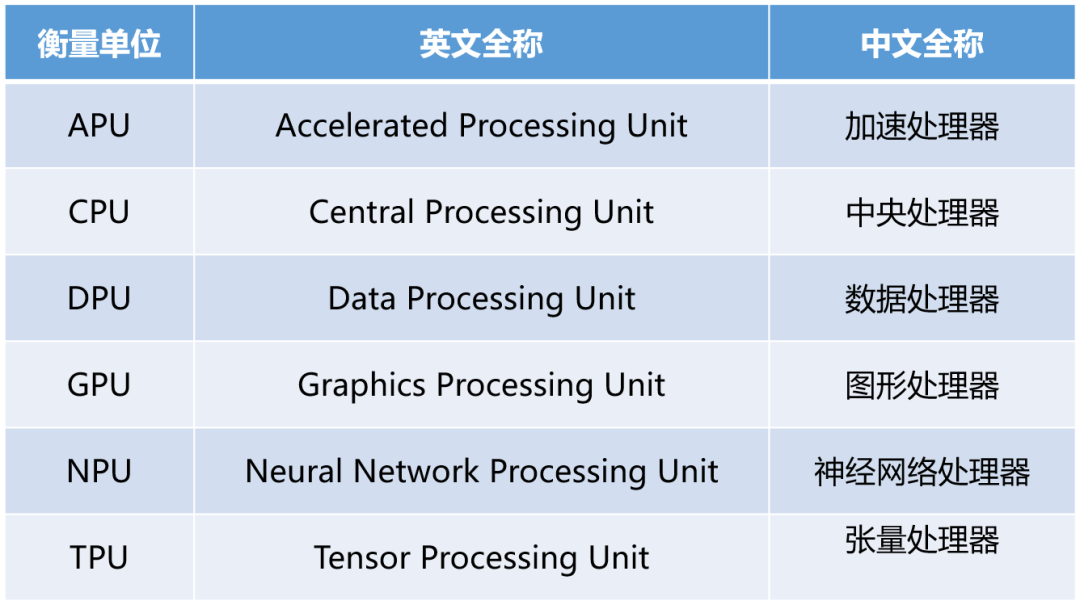 The "unloading of computing power" that everyone often hears now does not actually delete computing power, but transfers many computing tasks (such as virtualization, data forwarding, compressed storage, encryption and decryption, etc.) from CPU to NPU, DPU and other chips. , reducing the computational burden of the CPU.

Since computing power is a "capacity", of course, there will be indicators and benchmark units to measure its strength. The units that everyone is more familiar with should be FLOPS, TFLOPS, etc.

In fact, there are many indicators to measure the size of computing power, such as MIPS, DMIPS, OPS, etc.

MFLOPS, GFLOPS, TFLOPS, PFLOPS, etc. are all different orders of magnitude of FLOPS. The specific relationship is as follows:

The current state and future of computing power

As early as 1961, the "father of artificial intelligence" John McCarthy proposed the goal of Utility Computing. He believes: "One day computing may be organized as a public utility, just as the telephone system is a public utility". Today, his vision has become a reality. Under the digital wave, computing power has become a public basic resource like water and electricity, and data centers and communication networks have also become important public infrastructure. This is the result of the hard work of the IT industry and the communications industry for more than half a century.

For the entire human society, computing power is no longer a concept of a technical dimension. It has risen to the dimensions of economics and philosophy, and has become the core productivity of the digital economy era and the cornerstone of the digital-intelligence transformation of the whole society.

The life of each of us, as well as the operation of factories and enterprises, and the operation of government departments are inseparable from computing power. In key fields such as national security, national defense construction, and basic discipline research, we also need massive computing power. Computing power determines the speed of development of the digital economy and the height of social intelligence development. According to data jointly released by IDC, Inspur Information, and the Global Industry Research Institute of Tsinghua University, for every 1 point increase in the computing power index, the digital economy and GDP will increase by 3.5‰ and 1.8‰ respectively. 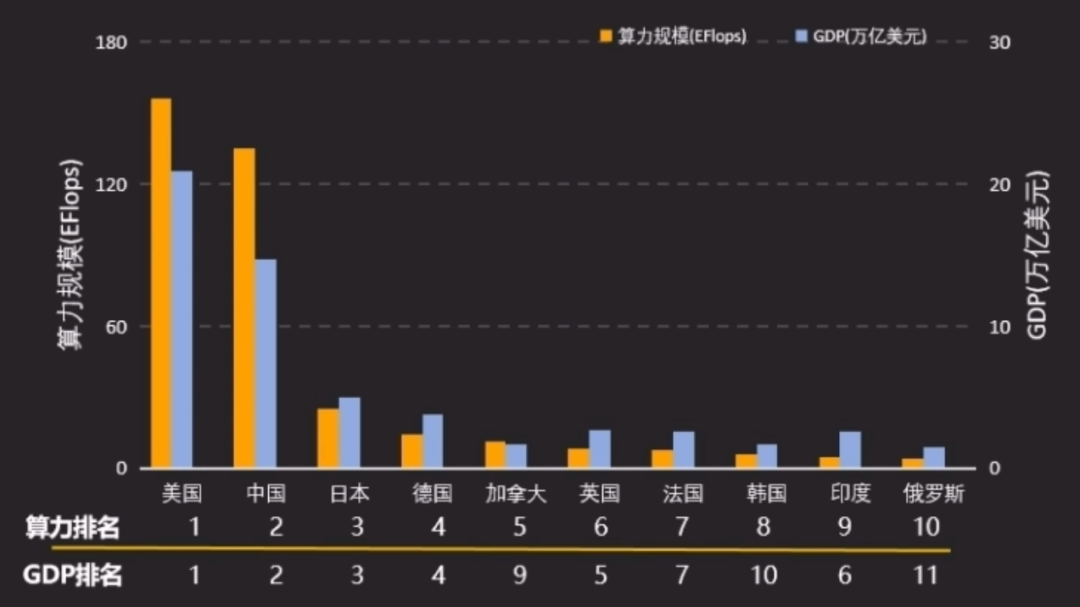 Ranking of computing power and GDP of countries in the world (Source: Chi Jiuhong, speech at Huawei Computing Times Summit)

In the field of computing power, competition among countries is becoming increasingly fierce. In 2020, my country's total computing power will reach 135 EFLOPS, a year-on-year increase of 55%, about 16 percentage points higher than the global growth rate. Currently, our absolute computing power ranks second in the world. However, from a per capita perspective, we are not dominant, only at the level of countries with medium computing power.

Comparison of per capita computing power among countries in the world (Source: Tang Xiongyan, speech at Huawei Computing Times Summit)

Especially in computing core technologies such as chips, we still have a big gap with developed countries. Many neck-choking techniques have not been resolved, which has seriously affected our computing power security, which in turn has affected national security. Therefore, there is still a long way to go, and we still need to continue to work hard. 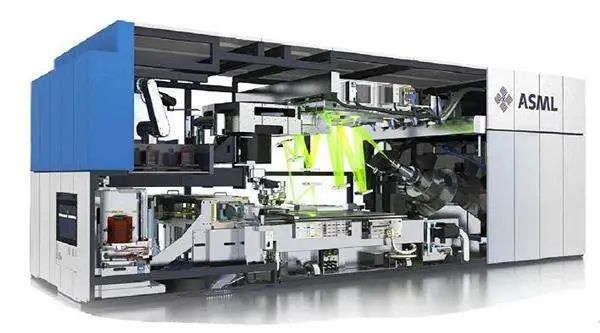 Recently, the opponent has the idea of ​​​​a lithography machine (picture from the Internet)

In the future society, informatization, digitization and intelligence will be further accelerated. The arrival of the era of the Internet of Everything, the introduction of a large number of intelligent IoT terminals, and the implementation of AI intelligent scenarios will generate an unimaginable amount of data. These data will further stimulate the demand for computing power. According to Roland Berger's forecast, from 2018 to 2030, the demand for computing power for autonomous driving will increase by 390 times, the demand for smart factories will increase by 110 times, and the per capita computing power demand in major countries will increase from less than 500 GFLOPS today, an increase of 20 times. times, it becomes 10,000 GFLOPS in 2035. According to the forecast of Inspur Artificial Intelligence Research Institute, by 2025, the global computing power scale will reach 6.8 ZFLOPS, a 30-fold increase compared to 2020.

A new round of computing power revolution is accelerating.

Computing power is such an important resource, but in fact, there are still many problems with our utilization of computing power.

Stay tuned for the next episode: What exactly is a "computing network"?